La Rossignol can count on a vast repertoire and on wide experience gained in over 20 years of work in the field of early music: for this reason, the group is able to present concerts of sacred and/or secular music, employing professional performers and can create artistic programmes according to the need of the customers, to suit the occasion and the venue. By way of example we offer some proposals with a short presentation. 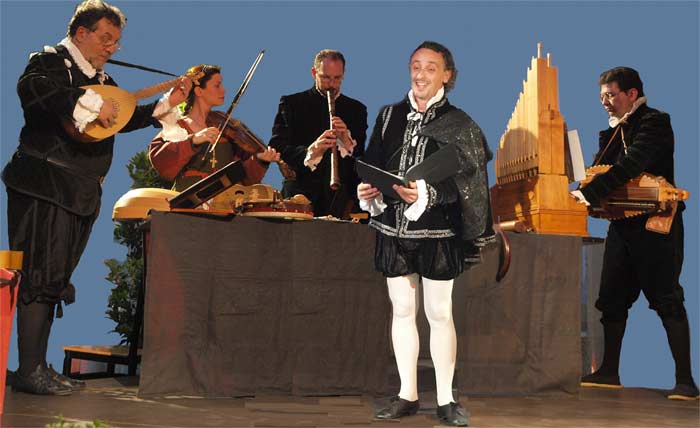 Sacred and secular music
in the late Italian Renaissance

During late Renaissance, Italian musical invention reached its highest point: it introduced “recitar cantando”, to musical operas and to oratorios.

Instrumental music earned a dignity of its own and it is during this period that the treatises on the art of dancing (still the favourite art of the nobility) were published.

Masterpieces follow one after the other in an amazing crescendo: music, singing, dancing become real “signs” of social grace and accomplishment, as they are activities that require the participation and the interaction with other people.

The main theme is the feast and the scene is the great salons of palaces and their gardens, the Church and the square in front of it.

The artists use copies of early instruments, in order to create very evocative sounds, taking their inspiration from Monteverdi’s idea that music must serve the text; the programme proposes a interesting journey through the concepts of sacred and profane love, or through the liturgical repertoire and through the pieces of music and dances for the amusement of the court.

Group : 4 or 5 performers (One or two voices and instruments) 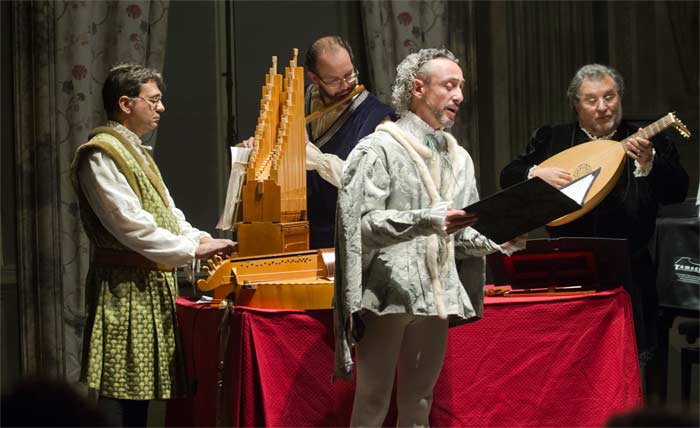 From the chanson to the frottola, songs and dances
in the fifteenth century

At the beginning of the century XV the domination of Burgundy grew in Flanders with Philip the Good and with Charles the Brave.

They quickly spread their art throughout Europe and became the main force of the musical renaissance.

Those Masters preferred profane music: the ballad, the rondeau, the virelai, generically known as chanson, as well as instrumental music, especially composed for dance and for the courtly dance.

On arrival in Italy in the mid-century, these forms underwent a process of evolution, inspired by poetry and popular song.

The courts echoed with new songs, enlivened by a singular melodic vein, graceful in their simplicity: the frottola was invented and became the predominant vocal genre in the second part of the fifteenth century.

It was so important that in a few years the Venetian printing house of Ottaviano Petrucci published about fifteen books.

The program, of course makes no claim to be exhaustive, but offers a path, from chanson to the lay, with works of the main protagonists of that movement. 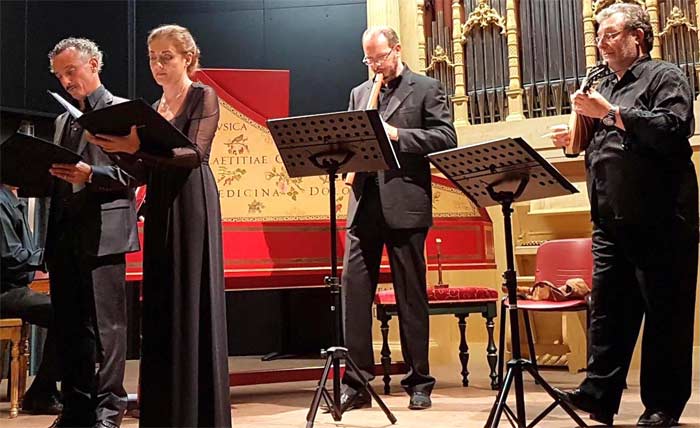 Songs and sacred music
between Renaissance and Baroque

Music and musical instruments are, in the late renaissance thought, of as symbols with their own values: not simple sounds or objects, but “signs” indicating complex situations and social conventions, because singing and dancing require cooperation with other people.

In the late Renaissance, the Italian musical talent reached its highest expression: “recitar cantando”, operas and oratorios appear for the first time.

Instrumental music gains its own dignity and some of the most important books on dancing are published.

In other respects, the musical tradition of the Church represents a an heritage of priceless value: sacred music has always been considered the nobler and more solemn form of prayer.

Playing copies of early instruments with very evocative effects and sounds, inspired by Monteverdi's idea that "music is the servant of text”, the artists offer music and songs belonging to the liturgical repertoire between the end of XVI and the beginning of XVII century. 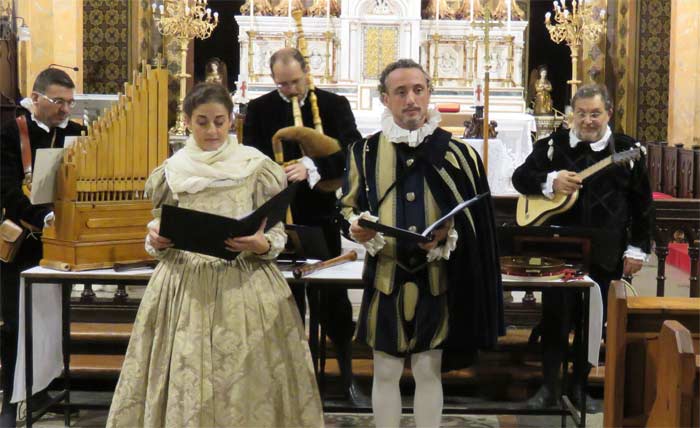 Pastorals and carols for Christmas
for the poor and for kings

Christmas has always represented the most beloved feast.

It’s a feast of renewal, celebrated in most countries and is characterised by rituals, based, for the most part, on songs and music, which symbolically close one year and welcome the following one.

The Christian tradition interlaces with the folk tradition and, as the music was more important than the words until at least the second half of XVI century, during Italian Renaissance it is possible to find, both in cultivated and in popular music, great attention paid to the Nativity: to that night which fascinated poets, musicians, writers and men of science.

With instruments creating highly suggestive effects and sounds, we offer some of the most beautiful pages of a period when Nativity was the main feast, the most longed for event, the most important meeting of the year.