Counting on a vast international experience and on the innate passion for teaching of its own members, La Rossignol is glad to offer to every order and level of school, for Associations or for any other Customer who requests it, lessons or courses in Renaissance and / or Baroque dance, lessons- concert (with or without dancers), as well as meetings with musicians and dancers. See the two following proposals. 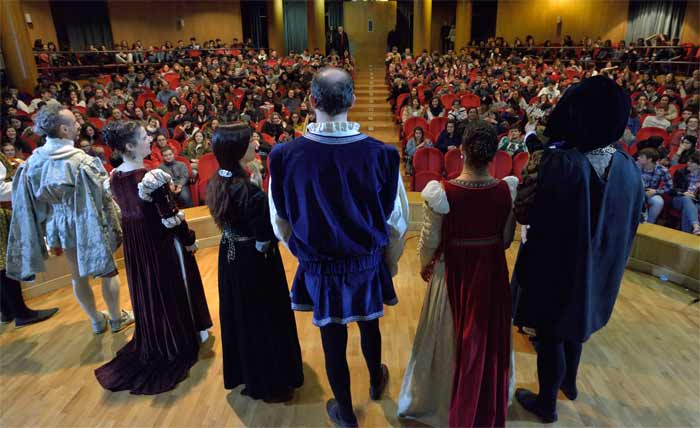 Feast in the castle

Instruments and music in the courts
of the Italian Renaissance

In Renaissance thought, music, dance and musical instruments are symbols with their own values: not simple objects, but indications of more complex social conventions.

They are experiences of human beings and of human thought, because singing, dancing and playing must be done with other people.

The performance, presented by international specialists who have reconstructed music, dance and costumes on the base of historical documentation, presents XV and XVI centuries music and dance, and tries to recreate the feelings and the atmosphere which contributed to the artistic grandeur of that period.

Staff: from 2 to 8 performers 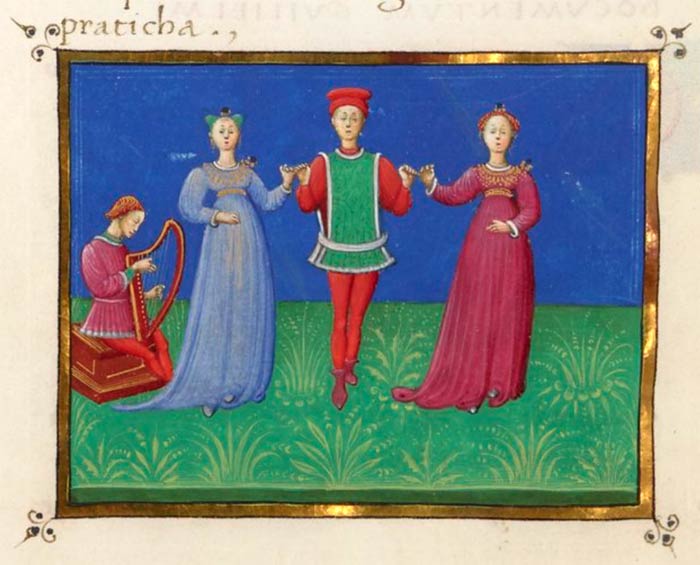 The art of early dance
Stage on ancient dance

The lessons are based on the study of steps and styles explained and illustrated in the most famous dance treatises from XVth to XVIth centuries.

In the XVth century, in fact, dance didactics, professionalism and printing are created by the famous De arte saltandi et chorea ducendi (1416) by Domenico da Piacenza. His students, Guglielmo Ebreo, Antonio Cornazano e Lorenzo Lavagnolo, continued with the consolidation, during the next century, of a great and important Italian school of dance.

Publications like Il ballarino by Marco Fabrizio Caroso in 1581 (then reprinted in 1600 and in 1605 with the title Nobiltà di dame) and Le gratie d’Amore by Cesare Negri (printed in the 1602), represent basic moments for history of dance.

The object of the lessons are the steps of XVth and XVIth courtly dances: bassedanze, balli, branles, pavane and gagliarde.

Staff: 1 or more teachers, with, if the client wishes, musicians rather than recorded music